Why 1979? Because it was forty years ago. And because, scarily, that was the year I became 17, and therefore marks the time when music really took on a whole new significance for me.

1979. Back when cars were proper cars and, er, women were gratuitously used as bonnet ornaments. Great hair though.

That perfect storm of toxic hormonal poisoning (or being a teenager, as it’s generally known) the onset of life-changing exams, and reaching an age when it was legal to do various things (or, in the case of alcohol, close enough for jazz, in Scotland at least) meant that music took on DEEP SIGNIFICANCE for me and my mates.

Of course, I could have chosen 1976, with punk’s first wave; or 1977, when some truly great albums came out, or indeed 1978, when I became 16. However, I’ve only just caught up with the concept, which I’ve frankly stolen from fellow blogger Vinyl Connection, who did something similar for 1968 last year.

Plus if I’d done it earlier I might have had to ‘fess up to something truly musically awful being the music I fell in love to (or, in the grown up world, had a serious infatuation, or bad case of the hots, to). I’ll spare the unwitting (and, in some cases, unknowing) recipients of said feelings the embarassment of naming them: they did nothing wrong, after all. Even the ones that crushed me by wanting to just be friends…

A word on the 1979 teenage, Scottish schoolkid musical landscape: music came out of radios via either the generalist Radio 1 (if you were pretending to be cool, the John Peel show was sacred territory) or by means of television shows, principally the generalist Top of the Pops. Albums – or LPs – were generally bought on vinyl, but often lent to mates to allow reproduction on long-dead tech called ‘C90 cassettes.’ Remember HOME TAPING IS KILLING MUSIC – AND IT’S ILLEGAL? That was a successful campaign, right enough. They should try it with free downloads and streaming.

I don’t remember people making up mixtapes back then: the idea was you taped the whole album (or LP: the names were mainly interchangeable at that point) in its original sequence. So you could listen to it, in its original sequence. Because that was how the musical gods who had made it intended. Which could be a bit of a bugger for any albums over 45 minutes long, because you couldn’t squeeze all the tracks onto one side.

Technology problems aside, 1979’s teenage musical landscape was a multi-layered, nuanced affair – at least if you were still at school or university. It was tribal beyond belief: were you a punk, a metal head, a folkie (not many of those in late 70s Glenrothes, let me tell you!) or, perhaps, just a Serious Rock muso? My friends and I probably pretended to the latter, although none of us had any problem in adopting the new wave acts that had grown out of punk – step forward The Clash, Costello, Blondie, Boomtown Rats, and so on. 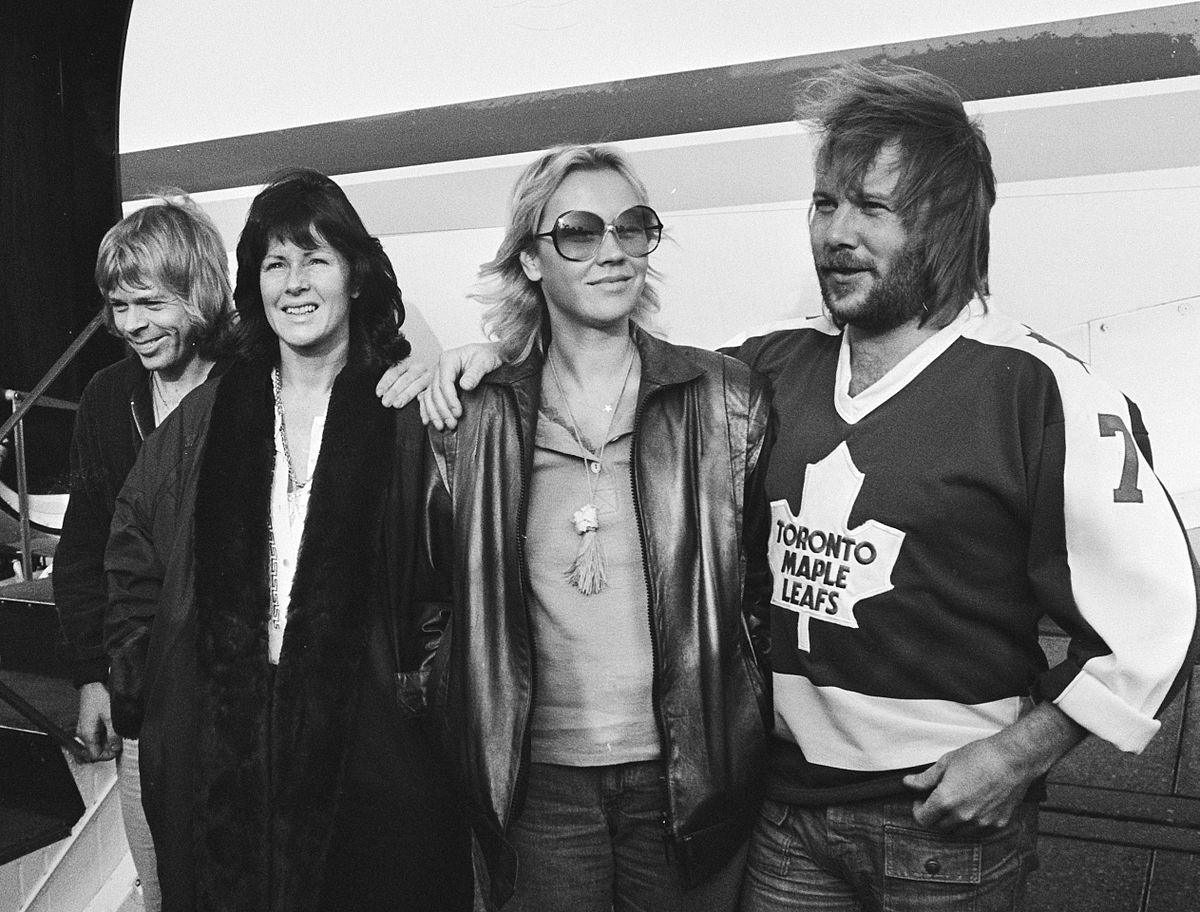 No one was allowed to like Abba. At least officially. So I bought all their albums unofficially and hid them when my cooler friends came round.

Abba looking windswept and interesting somewhere in 1979. From Bjorn’s (or is it Benny’s: I could never tell them apart even when only one of them had a beard) fetching jumper, probably Canada.

For me, it was always Anna-Frid. Since you ask.

So. Enough context already. It was also, I think, the year I first picked up a guitar in any sort of earnest, inspired by Dylan. However, although a much-derided live album of his will crop up in April, I don’t intend to bore on about him all year, don’t worry. Instead, let’s have a look at some other people’s albums in January, and then next month, February, and so on (at least, that’s the plan: I haven’t even researched this enough to be sure there were albums of merit in every month of that year, but given the year it was, I’m pretty confident it is, and if not, hell, I’ll make some shit up).

…and we’re off to a rippingly good start. Declan McManus’s third album, the second with the Attractions, and stuffed full of those early-period Costello lyrics: ‘Accidents Will Happen,’ and ‘Oliver’s Army,’ were the singles, although I always had a soft spot for ‘Green Shirt,’ which seemed to have just a bit more emotion in it. Plus that great line about fingerprints on his imagination.

Nick Lowe produced, and Costello’s version of his ‘What’s So Funny ‘Bout Peace Love and Understanding’ (later to be murdered by Curtis Stigers) featured on the US import. Initial pressings included a live single, featuring three of his best: ‘Accidents Will Happen,’ ‘Alison,’ and ‘Watching the Detectives.’

Meanwhile, in another planet altogether, Nile Rodgers and Bernard Edwards had written and produced 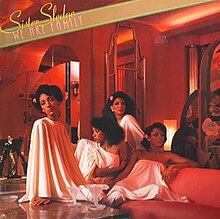 WE ARE FAMILY, by Sister Sledge. Not content with the success of Chic, the boys served up some dance floor fillers for the sisters: the title track, obviously, plus three other hits: ‘He’s the Greatest Dancer,’ ‘Thinking of You,’ and the one you’ll probably remember, ‘Lost in Music.’

Nile Rodgers was quoted later as saying that, of the various he and the rest of the Chic Organisation produced for themselves and others, “pound for pound, I think We Are Family is our best album hands down.” 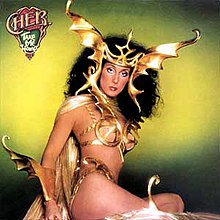 Those are probably the two most long-lasting albums of January. However, you also had TAKE ME HOME, Cher’s attempt at the disco genre (okay, I mentioned it mainly for the bonkers cover, but laugh all you like, it went gold in the States); 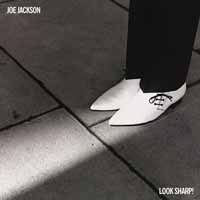 with his classic ‘Is She Really Going Out With Him,’ as well as a rather more understated album cover: taken by Brian Griffin in five minutes on London’s South Bank, when he spotted a shaft of light and asked Jackson to stand in it. Despite being rated by Rolling Stone at number 22 of 100 great album covers of all time. Good to see, by the way, that Jackson’s got a new album coming out, 40 years on. 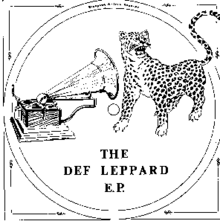 What else? Def Leppard issued their debut EP, confusingly titled THE DEF LEPPARD EP. In line with the punk DIY ethos if not the music, the first 100 copies featured lyric sheets that singer Joe Elliot had phtocopied at work during his lunch break: he and his Mum did the gluing of the 1,000 sleeves.

Those first 1,000 copies, by the way, have a red label and were issued by the band’s own wonderfully named company, Bludgeon-Riffola. 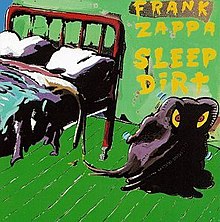 Oh, and Frank Zappa issued SLEEP DIRT, and then everyone in his world sued eveyone else. The excellently named Chad Wackerman did drum overdubs on the CD reissue: an example of nominative determinism if ever there was one.

I’d love to tell you I bought all of these albums at the time, just to show what a musical polymath I am. I think I had an illegal cassette of Armed Forces. What can I say? I was busy studying for my Highers, not to mention coping with those hormones.

Next month, February. See the pattern there?

Adverts there be down here. Things have moved on a bit from 1979.