Under the Covers: What to do with Dylan and Isbell 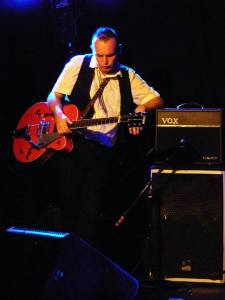 When I started off playing guitar, all I did was cover versions. Then I started writing my own songs, and thought I didn’t want to do anyone else’s.

Both daft positions, of course: why would you not want to cover a song that means something to you? On the other hand, why would you think you could do better than the original?

There’s the thing, though. You can love a song, and its creator, to bits. You can think the instrumentation on it, the production values, everything about it are perfect the way they are. But if you fancy yourself as a bit of a musician, or even if you don’t (step forward, all you denizens of karaoke bars) your desire to produce your own version of it is directly related to how much you like the original!

But how to cover it? Well, of course there are the physical and other limitations that most of us labour under – it’s not like most of us can call up the E Street Band, or the Tom Pettyless Heartbreakers, to give us a bit of a leg up in the studio. You can only work with what you’ve got. But limitations are only a funnel for creativity, after all – so what floats your boat? A reggae version of ‘War Pig’? ‘Ace of Spades’ reimagined as a piano ballad?

As part of my musical experimentation, I’ve been trying out a couple of covers recently. The first of them, Jason Isbell’s ‘Speed Trap Town,’ has been sitting about for a bit: I’d intended for one of my collaborators to put a bit of electric slide on it, but in the end he thought it wouldn’t add anything. Actually, since I last put this track up on Soundcloud, I’ve subtracted, mainly, rather than adding (apart from a bit of cello at one part) by taking out some of the atmospheric radio chatter. It’s such a great lyric, I wanted to be sure whatever I did was to serve the song.

This is by far the more ‘conventional’ cover: I even went on YouTube to check out what chords Isbell was using, and discovered a new way to play a G! But that lyric, though. If you did as spoken word, it would be a piece of flash fiction, and I intend to use it as an example in a wee chat on storytelling in songwriting I’m doing in a couple of months: starting with what Robert McKee would call ‘the inciting incident,’ the woman in the car park handing the narrator flowers, it goes on to tell the story of the narrator and his father, now lying in a hospital bed in a coma. Not all is as it seems, as a plot twist reveals towards the end of the song. It’s quite simply brilliant.

‘Just Like Tom Thumb’s Blues,’ on the other hand, needed different treatment. A classic song from Highway 61 Revisited, it is, in its original form, a very simple structure musically: basically a three chord trick. It’s probably one of the first songs I learned to play on the guitar, being from what’s probably my favourite Dylan album of all.

That being the case, I approached a cover of it with some trepidation. You could do it a number of ways, and I still think Isaac Brutal should do a country version: however, doing it largely on my own (although Mr Brutal himself contributed some guitar) I decided to ramp up the Gothic.

One of the reasons I rank this as one of Dylan’s best is that, in the throes of his drug-fuelled surrealist period, here’s a song that actually perfectly conveys a single story, that of a stranger in a strange land, prey to drugs, hungry women, official corruption, and worse. The opening line, according to some, was thrown out by Dylan’s friend Bobby Neuwirth as a challenge: ‘write a song with that!’ To which Dylan reportedly replied: ‘Sure. Hold my beer…’

Whether that’s true or not, it’s again, a great scene-setting opening line: When you’re lost in the rain, in Juarez, and it’s Easter time too… who among us hasn’t been there, figuratively, at least?

Anyhoo. When I got under the bonnet of the song, I more or less thought, what would Nick Cave do? Well, throw a couple of minor chords in, for a start…

Feel free to comment, and let me know what you think! Incidentally, the original versions I put up have now been replaced by the final album versions.