Serving the Song: or, Noodling the Knopfler Way 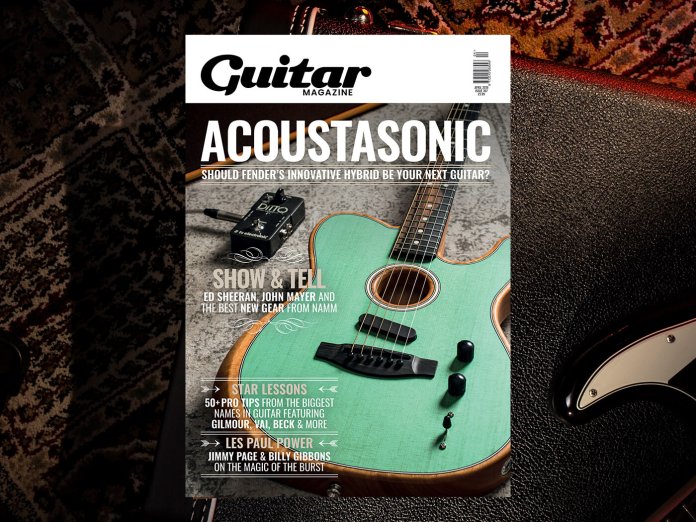 Like the other industry I mentioned, the world of guitars and guitar people has its own annual convention where you can interact with the models of your choice and, no doubt, see performances: but the other thing that drew me to the front cover was the ’50 + Pro Tips from the biggest names in guitar featuring Gilmour, Vai, Beck and more…’

Many of these were entirely sound and sensible, without being particularly ground breaking. However, the one that struck a chord (doh! unintentional pun, honest!) was Vince Gill, sometime guitarist with the Eagles, who said: ‘the real purpose behind the guitar playing on a lot of those classic records was to serve the song. It wasn’t just somebody out there blowing a bunch of riffs over some changes. All the guitar parts were beautifully thought out, very well composed and unbelievably memorable.’

Well said, sir – which leads me to my unexpected  purchase the other day, and its unintended consequences. I’ve blogged before about the relative merits of The Stratocaster and Telecaster models of guitars, and how, for various reasons, my heart lies with the Tele.

However, when the Redoubtable Mrs F drew my attention to a Rockburn Strat copy going for 30 quid in a charity shop in town, I had to have a look. And there she was, languishing in the window, with the handwritten caption of ‘£30 worth £100;’ the hundred being a mite ambitious for a Rockburn, according to my post-purchase internet research.

However, she was definitely worth the 30 if she played at all. It was always going to be a brief relationship: my original idea was to stick it on a Facebook group for 50 quid, giving the proceeds to charity; but she’s now going to Jefffest007 – le concert dans le jardin in July, where she’ll be raffled off to a bunch of folk with more guitars than sense in aid of Scottish Association for Mental Health (SAMH).

Back home after work, I plugged her in and gave her a try. She sounded pretty much like a Strat, and the action was good.

Here’s the thing. If you look closely at both guitars, even those of you who don’t play will see differences. They have different pickups – the means by which the sound of the string resonating against the wood is picked up by the electrics for further amplification. The Tele has two knobs, the Strat three. If you lay hands on them and fiddle about with the selector switches, you’ll see that the Tele has three switch positions, while the Strat has five. In many ways, these differences are a result of the Strat being developed 4 years after the Tele. It’s a bit more of a sophisticated design, to be fair.

Does any of this matter? I hear you ask, stretching and yawning. To an extent, no: in the end of the day, all both sets of electrics are doing is producing a signal, which can then be manipulated in any number of ways by amplifiers and pedals. With the right pedal, you could make either of them sound like a Hawker Harrier jump jet taking off if you really want.

But. Played unadorned and with minimal amplification, they do sound different. I’ll not drone on about the different settings and tones, because if you’re a player you probably know all of that already, and if you’re not, it’s frankly probably not that interesting. However, the one setting which is of interest here is on the Strat, and it’s the second switch position from top.

I had this song, you see – ‘the Silence In Between,’ which I’d written early last year, and I was pretty keen on. However, when I shared it (amongst others) with a couple of close confederates, it wasn’t the one they picked out. I kind of knew why: it’s at heart a country song, and my original demo just had my voice and some fingerpicked acoustic guitar. It needed something else.

In an ideal world, what it needed was some understated pedal steel guitar – preferably by someone who could really play pedal steel guitar, rather than me just giving it a bit of a go – but in the absence of either, the song sat at the back of the queue for some time. I wasn’t serving it properly.

Then, the night I acquired the Rockburn, I had some free time to play it, and hit on the idea of some gentle noodling on it being the answer to the song’s problems. If you’re not familiar with the instrument, you’ll still, I think recognise its tone in the second-from-top switch position: it’s a particularly sweet, sound, which you can probably hear in all sorts of artists’ work, but which I associate most with early Dire Straits records.

Mark Knopfler isn’t quite the megastar he was these days, and is reportedly all the happier for it. However, I still maintain some of his best songwriting is on Dire Straits’ first album, where he played, almost exclusively, a Fender Strat, without much in the way of effects pedals or anything else. And I’d say one hell of a lot of his solos were on that second position from top setting. (He was subsequently to get his own guitar designed for him that was a hybrid of Strat and Les Paul. But that’s another story).

Now, I wouldn’t for a single second compare my noodling on this to one of the best guitarists in the world’s playing, but, in spirit at least, it’s meant to evoke the same feel to the track. And to serve the song, which, let’s just say, is meaningful to me at least.

Enjoy – and don’t be shy of adding your feedback. This may well not be the final version. Particularly if I can lay hands on that pedal steel player.