I suppose, given that momentous result and its implications for 1980s Britain, the albums that month were always going to struggle to keep up. The protest stuff would come later.

Meantime, and as I’m running out of time this month to post this up, here are three of the best:

It was around this time I got to hear of Ian Dury, although due to his policy of not putting any of his singles on his albums, the original pressing of this album (fun fact: there are at least 34 different versions of the sleeve, each featuring a different Crown Wallpaper design) doesn’t feature many of the songs that made him famous around this time.

Not included, for example, was ‘Hit Me With Your Rhythm Stick,’ which had reached number 2 in the singles charts, not quite beating off the competition of Abba’s ‘Voulez Vous (see what I did there).

Dury had, allegedly, by this time become a nightmare to record – or tour – with. The European tour that followed lost an estimated £40,000, cancelling out the profit made from the album; earlier, during recording sessions, he apparently crushed a whole packet of McVitie’s Digestive Biscuits (history doesn’t record if they were the plain or the chocolate ones) and threw them over the co-producer. 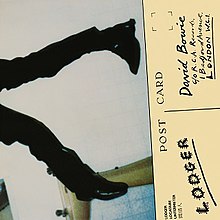 Meanwhile, the Thin White Duke was putting out the third of his Berlin Trilogy, Lodger. This was the last of the Bowie/Eno collaborations, and some felt it lacked the punch of the previous work. Lots of experimental stuff had ensued in the studio, including older tunes played backwards, and musicians being asked to play unfamiliar instruments.

Critically panned at the time, Lodger has proved to be a grower in terms of reputation, although I seem to remember quite liking it at the time. 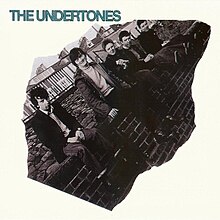 Reverting to punk matters, this month also saw the release of the Undertones’ eponymous debut. Unaccountably, this original version of the album failed to include their hit single from the previous year (well, number 31 in the UK charts, apparently) ‘Teenage Kicks.’ a second release in October was to sort that out.

Other notable tracks from the record included ‘Jimmy Jimmy,’ and ‘Here Comes the Summer,’ although the latter was initially a different version to the single. I can well remember the shock of hearing Feargal Sharkey singing in his own Ulster accent – not quite Scots, but Scotch-Irish, for sure!

Finally, lest I be accused of focusing overly on guitar bands (heaven forfend!) here’s Diana Ross singing the title track from her May 1979 disco explosion, The Boss. When Spandex ruled the world!

Only adverts down here