Two Undervalued Wine Grapes – and how to drink them

I should start this with a health warning (no, not that sort of health warning: I know you all stick to the ever-reducing Government recommended limits for safe drinking): Sandy Stewart, the very learned owner of the Markinch Wine Gallery, always told me that it didn’t really matter what variety of wine grapes were used, because it was all in the vinification – in other words, what the winemaker did with them.

Well, that may be true. However, I’d contend that certain regions tend to make their wines in a particular style – in all likelihood, to suit the food the wine generally goes with back on the homestead. So I’m going to stick my neck out and say, at least at the medium-priced supermarket end, wine grapes matter. And the Redoubtable Mrs F and I have been drinking a much higher proportion of two recently, which I reckon are pretty much unsung heroes.

First up, Primitivo, a grape generally encountered on these shores as a single varietal from southern Italy, including Sicily. It  may or may not be the same as Zinfandel, but since that grape’s vinifications over here tend to be mainly sugary sweet rosés, with the occasional pricey red with a naff label, I’m going to focus on the Italian incarnation instead, leastways until I can get to the States and do some serious Zinfandel-snuffling over there.

Primitivo’s name is one of these falsos amigos you get in Latin-based languages, in that it’s nothing to do with being primitive: it’s because the varietal’s the first to ripen. For whatever reason, it seems to thrive in the sun-baked south, and has gone a long way to converting me to the possibilities of Italian wine. That may sound strange – Italophilia is big business in the UK – but northern Italian wine never really floated my boat in the way it does other people. It always seemed a bit thin to me, to be honest.

The southern version is much beefier, and whilst I’ve still to explore the wines made from Negroamaro and Nero d’Avola, I can report from reasonable levels of research that Primitivo is good news: the three big supermarkets close 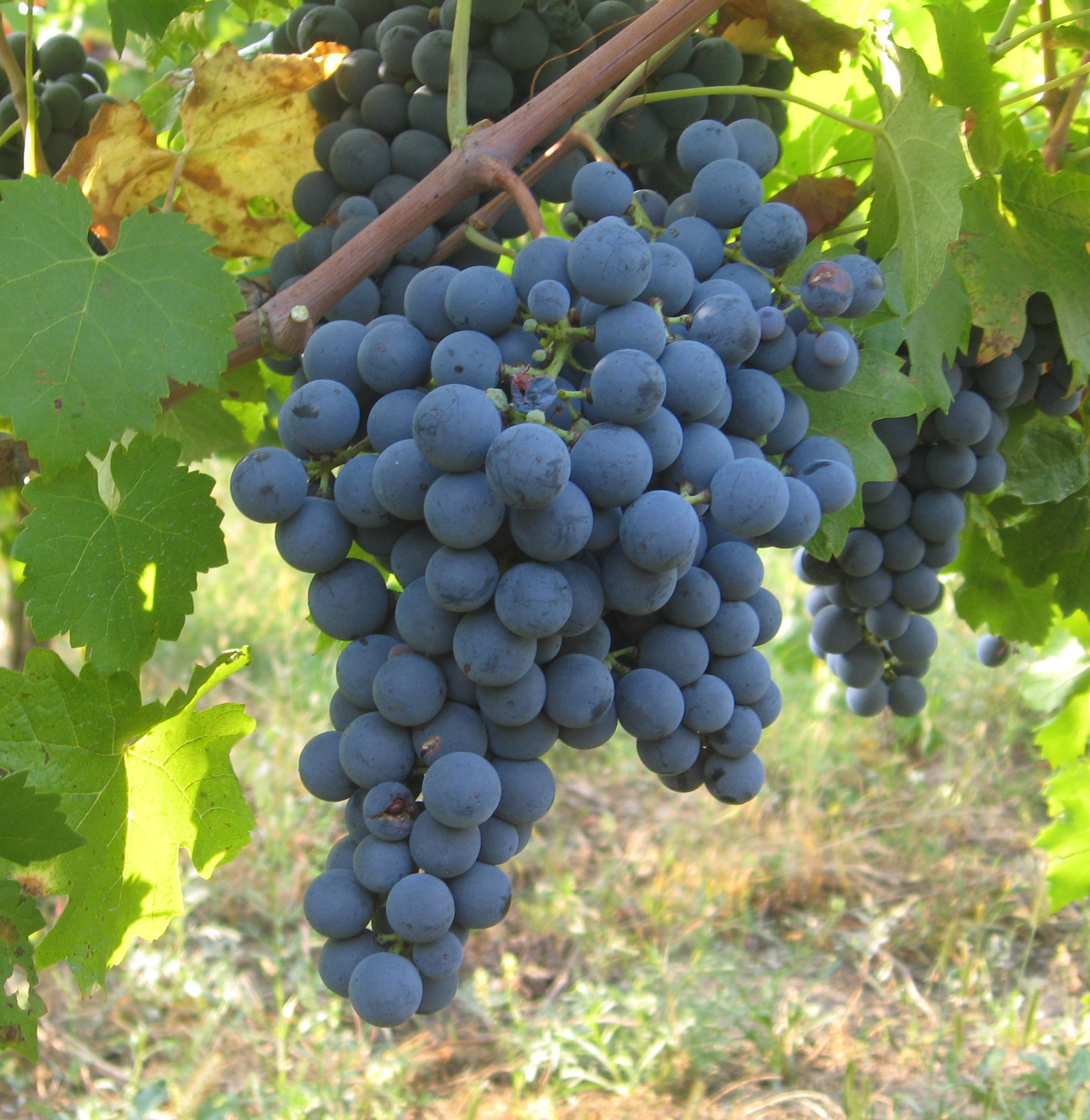 to us (Asda, Morrison’s and Sainsbury) all have their own versions of strong, savoury single varietals. Generally good value too!

The second lesser-known grape I want to sing the praises of is Carmenere. Its story is almost the opposite of Primitivo, in that the vast majority of it is grown in the new world. It originated in Bordeaux, but the phylloxera epidemic in the 19th century killed it off there. Meanwhile, in Chile, where the wine growers were keen to ape the Bordelais, it was often confused with Merlot – so much so that it was only in 1998 that it was recognised in Chile as a distinct variety.

To my mind it makes much more distinctive wines than Merlot: again, a good, dry, but full-flavoured red that goes with most things you’d expect reds to go with. As well as the three supermarkets mentioned above, we buy our Carmenere from the Co-op, where it has the added bonus of being Fair Trade.

…and that’s it, really. I’m not going to chunter on at great length about all of this. It’s just that I think, in the modern supermarket world where grape varieties are – rightly or wrongly – splashed over wine labels, Primitivo and Carmenere are two consistent performers that have never yet disappointed. And because they’re not Cabernet Sauvignon or, indeed, Merlot, they’re under-valued. They generally go for 6 or 7 pounds. Fill your boots!

Just adverts down here. You don’t want any of that, do you?