The Serenity Prayer – some suggested revisals 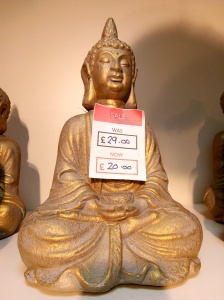 The Serenity Prayer. We’ve all heard of it. What is it again, exactly? This from  Wikipedia:

‘The Serenity Prayer is a prayer written by the American theologian Reinhold Niebuhr[1][2] (1892–1971). It is commonly quoted as:

….and the stushie going on in the UK Parliament at the moment about Boris Johnson breaking international law? What’s that about, exactly?

‘The UK Internal Market Bill allows ministers to “disapply” rules agreed over the goods that cross between Britain and Northern Ireland. Section 45(1) of the Bill states that certain provisions “have effect notwithstanding any relevant international or domestic law with which they may be incompatible or inconsistent”.

Northern Ireland Secretary Brandon Lewis conceded that the bill would break international law in a “specific and limited way” raising a furore over the government’s contempt for international treaties. This has led Lord Keen of Elie QC, the UK Government’s principal legal adviser in Scotland, to resign.’

What exactly does that all have to do with the Serenity Prayer? Well, on Friday morning, between around 9.30 and 11.55, I experienced a state of serenity. But only in a specific and limited way.

Apart from the distant sound of Steven across the road spending his Friday morning hoovering the car, all that I could hear in the garden was birdsong. The garden itself sat in a fathoms-deep golden well of autumn light. I had it and the house to myself.

I had spent the first part of the morning making a start on a challenging and exciting work project –  not because I had to, but because I wanted to. Then I had switched to songwriting, finishing one song and writing new lyrics for another.

I made myself tea in a mug of my own design and, on the way to the seat at the top, took some seasonal pictures of the garden, as you’ll see. Then I sat with my old-fashioned notebook and a newspaper, reading, writing, and experiencing serenity.

The rest of the day wasn’t too shoddy either. I met an old pal for lunch, then walked home and spent the afternoon 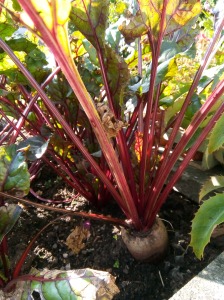 doing stuff I wanted to do. I made my Portuguese Roast Chicken for our evening meal, Mrs F and I spoke to Daughter and Heiress by phone; there were a couple of new wines to taste; arrangements were made to see family the next day. And so to bed. There was nothing that was not lovely about Friday, actually.

To paraphrase the Serenity Prayer, I felt able to accept a lot of stuff. If I wanted to be a bit sick-inducing, I’d say all of that happened because I’d had the courage to change things I could change: namely, my employment situation. However, rest assured, dear reader, it was serenity in a very specific and limited way.

Thursday had not gone so well. So, to fill out the Serenity Prayer a bit with specifics, here’s my contribution:

Lord (insert appropriate deity or philosophical alternative) grant me the serenity to accept that I cannot change the following:

And yes, Lord (insert appropriate deity or philosophical alternative) I do appreciate these could be categorised as 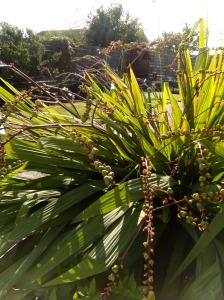 first world problems, and not worthy of your immediate attention. Indeed, if giving them even the slightest bit of attention (‘your existential angst is important to us, and we’re working as hard as we can to connect you to one of the Heavenly Host as soon as possible’) will interrupt you smiting the anti-vaxxers, anti-maskers, and anyone who ever thought Donald Trump talks a bit of sense, I’ll hang up now.

Please focus on the smiting, and step it up a bit if you can: these people seem to be on the increase. To be clear, I’m not even suggesting you do your smiting in a very specific and limited way. In a very general way is just fine.

Meantime, don’t worry about me. I’m grand. Most days are more like Friday than Thursday.

This week’s track is part of an ambitious project with my Isaac Brutal mate, Graham Crawford, which I hope will see the light of day some time. No guitars have been used in the course of this track! And no singing neither!

If you have been affected by any of the issues raised in this blog post, don’t call anyone. You’ll just be held in a queue.