Looking for books in a charity shop, at least round these parts, is a bit like a box of chocolates: you never quite know what you’re gonna get. My confident prediction to the Redoubtable Mrs F, for example, that there is always one of Lee Child’s Jack Reacher novels in every charity shop, ever, has proven to be something of a kiss of death for Mr Child’s resale market, at least round these parts. I don’t think British Red Cross, British Heart Foundation and the rest do much in the hen’s teeth line, but the 26-volume Reacher canon appears to have now become rarer than the proverbial chicken dentition just to spite me. 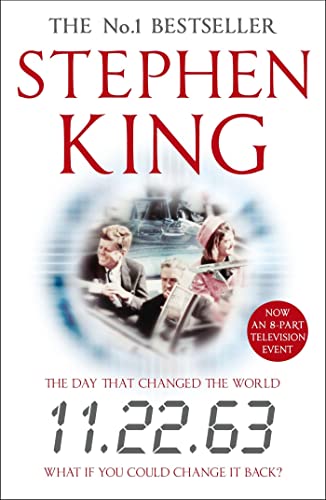 so hooked from the cover blurb on that I’ve only recently returned to see which nowhere US town a certain steely-eyed cove is causing mayhem in this time.

All of which might come as a disappointment to the more literary types amongst you, but I’m afraid my requirements for a work of fiction are as straightforward as Jack Reacher’s wardrobe and toiletry needs. The story has to engage me, and the writing has to be of a certain minimum quality. Beyond that, I don’t particularly care if it’s been up for the Man or Booker prize. In the case of King’s novels, generally both essential boxes are pretty well ticked.

And so it proved with 22.11.63. A guy going through a messy divorce speaks to another guy who runs a diner in a town in Maine. Turns out the cafe has an unexpected feature, being a portal to a day in September, 1958. Initially the diner guy has just used this as a source of cheap mince; gradually, though, he’s extended his area of interest beyond meat products, until he’s become committed to changing the future, and specifically, altering an event that will happen just over 5 years away from September, 1958. Here’s the kicker, though – he’s come back from a four-year stint in the past to find he has inoperable cancer.

Which is where our hero and incipient divorcee, Jake Epping, comes in. He hardly knows Al at the diner except in a professional capacity: now, he’s being lined up to take over the mantle of The Guy Who Stopped Lee Harvey Oswald.

Personally, I find it a blessing that King doesn’t try too much fancy dancing to explain how the portal might be a thing scientifically. It just is, and its rules are fairly basic: once you go through it, you have the power to change the past, although the past is almost supernaturally stubborn about not wanting to be changed, and will throw stuff in your way. If you come back to the present, that’s fine, mostly, and you reappear a couple of minutes after you left, no matter how long you’ve been away. If you go back to 1958 again, though, you press the reset button.

September, 1958 gives your man enough time on his hands to get up to all sorts of stuff, of course, and he does: King, as a master storyteller, keeps things moving along at a brisk clip, with lots in the plot complication line for Epping – or George Ambrose, as he’s known now – to be getting on with while he waits for the clock to tick down. One of these complications is falling in love.

The whole atmosphere of living in that Technicolor period, and its pros and cons versus the present day, is vividly drawn. In fact, the hero’s progress through his 5-year wait for his date with destiny is so involving, the attempt to stop Oswald almost – almost – comes as an afterthought. It’s not too much of a plot spoiler, I suspect, to tell you that Epping/Amberson is successful, and JFK survives the Dealey Plaza, but at a terrible price, and with some unintended consequences.

Perhaps only King could tackle one of history’s great pub speculations – what would’ve happened if Kennedy lived – and turn it into a meaningful story. JFK was so charismatic, and, perhaps crucially, held office at such a pivotal time, that the what-ifs continue to bounce about like magic bullets even to this day. I hadn’t meant to be finishing the book around the same time as the current Presidential election. However, it did make me think.

Kennedy was (relatively) young, good-looking, with a beautiful wife and an inspiring war record. In office, he had already faced down Khruschev over Cuba. All the same, he was, as we now know, flawed: a mendacious philanderer always seen as second-best to his older brother by his bullying father. Who knows whether those flaws would have caused his downfall, especially in the white heat of the turbulent Sixties?

Joe Biden is almost the opposite. I’m not saying he totally lacks charisma, but he is no longer by any stretch of the 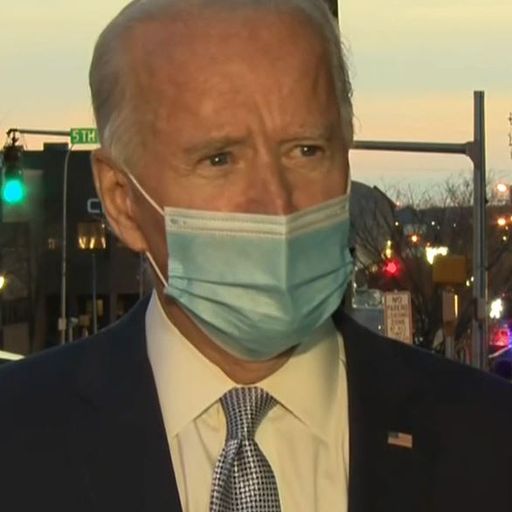 imagination young. His long political career has meant his flaws have been long uncovered: the property deals and financial connections raked over ad infinitum. He has been accused as a younger man of being arrogant, although the personal tragedies in his life seem to have left him a sadder and, perhaps, a wiser and more empathetic man. His policy moves as both senator and Vice-President have been played out in full public gaze, for all to gain an opinion on.

Which one would we rather have as Leader of the Free World (leaving aside for the moment all cynicism about that dubious title)? A JFK, to inspire? A pre-Monica Lewinsky Bill Clinton? He and Hillary back in the day were a hell of a team. A Barack Obama? Well, maybe. But we’ve got Joe Biden. Let’s hope he’s enough. Maybe he could hire Stephen King as his dialogue coach. Or his scriptwriter.

Meantime, I’m going back to a simpler narrative, and see whether there is anything Jack Reacher can’t solve with a good old-fashioned punch up.