Leaving Time – and autobiography versus biography

When is a song autobiographical, and when isn’t it? Many of us have a favourite song by a favourite artist. Often it’s a story of a relationship break up, or loss of some kind, or some other damn sad stuff. Sometimes it’s sustained us through the same kind of sad stuff in our lives, and even when we come out the other end, we still play it to remind us of how it connected our feelings to some great music.

Take Springsteen for example. We know now, through his autobiography, interviews, and his Broadway show, that many of his songs aren’t directly autobiographical. He never got a job working construction for the Johnstown Company – that was his brother-in-law. He didn’t bust out of town on a motorbike – it was a flatbed truck, taking him and all he had south to California. You can probably safely bet he’s never had to rely on the city’s acqueduct for a bit of a wash, certainly by the time he wrote ‘Ghost of Tom Joad.’

Does that matter? Not one hell of a lot. We feel we know Springsteen from his openness, his frankness, the passionate way he delivers the songs. There’s nothing fake about the emotion in his writing: you know that he cares about the people in his songs, and were he to walk into the toughest downtown Jersey bar, he could talk to anyone, and probably fashion another classic out of whatever they told him.

Here’s another writing question that’s been bothering me lately. When does tribute, or 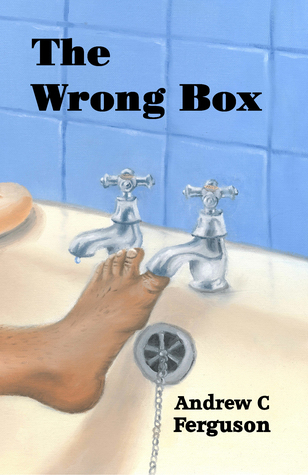 influence, topple over into imitation, or worse still, pastiche? It’s something that troubled me in my latter days with the spoken word performance group I was in, Writers’ Bloc. Busy with my novel, the pieces I was churning out for performance became increasingly pastiches of other writers – deliberately so, of course, for comic effect: I aped people from Isabel Allende to the screenwriters of Die Hard.

At least, I suppose, I can claim The Wrong Box is an original, even if the title is an obvious debt to Robert Louis Stevenson.

Painters have a tradition of doing stuff ‘after’ other, earlier painters. Even Van Gogh, the ultimate original artist, had a period where he copied works by Japanese artists. What about songwriters?

This question’s been occupying my mind as I’ve been putting together my own album, Leaving Time. I keep telling people it’s my ‘Springsteen album.’ What do I mean by that?

I certainly don’t mean it to be a pastiche. What I’ve tried to do is, firstly, use a limited palette of instrumentation – guitars, bass, drums, harmonica, but also a unifying synth sound that is deliberately like something Roy Bittan uses on several Boss albums. I also had the benefit of my Brutal bandmate, Graham ‘Clarence’ Crawford, contributing saxophone on three songs.

More than that, I’ve set out to follow what Springsteen does in a lot of his best songs – telling the story in the first person of a character at a moment of change, often a moment of crisis. But, to go back to my first question, this isn’t directly autobiographical, despite the album being called ‘Leaving Time,’ and being written during a period of my life when I left a job of 30 years, a profession I’d been in for even longer, and moved house from my home town to Edinburgh.

Even the title track’s lyrics are cannibalised from a poem I wrote years ago about my brother-in-law’s house move. Handy critters, these brothers-in-law.

Similarly, I have never subsisted on selling scrap copper wire from the industrial estates of Glenrothes – but there was documentary on TV that showed a woman doing exactly that. The origins of ‘Ignorant man’ are a bit more hazy, but the guy’s personality reminds me of a client I had, decades ago, in my days in private practice.

And so on, and so on… I originally planned to tell you about each of the tracks and where they came from, but I’ve chuntered on enough. The spoken word one, ‘Springsteen and Me,’ is absolutely autobiographical, but readers of this blog will have guessed that. I’ll leave it up to you to decide just how much the rest of them are, and whether, in fact, that bothers you.