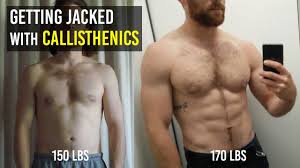 A long time ago, back when the Insty was still the old Insty, I passed an exercise class with a sign on the door saying, ‘The Nifty Fifties.’ Imagine. The Nifty Fifties. Grey heads moving slowly to some gentle callisthenics. I must have been in my late twenties at this point, which makes it about thirty years ago, so yes, these people seemed old.

Things have changed, of course. 50 long ago became the new 40 – or so that tail end of the baby boomer generation, born like me at the end of the 1950s and early 1960s, convinced themselves. Better diet and exercise regimes (who even does callisthenics now?) and an increasing life expectancy overall means you’re practically expected to be still running marathons in your sixth decade.

Good for us. Except I could advance a reasonable argument that, actually, being in your fifties now is shit.

First off, we’re known as ‘the Sandwich Generation,’ as our starting the trend to have children later and that increased life expectancy means we’re bringing up kids whilst also, increasingly, worrying about and looking after our parents. We’re still expected to be working full time, often in the same job we’ve done for years. If we haven’t been promoted that means we’re doing the same stuff we always did, risking boredom, stagnation, and annoyance at these younger whippersnappers who treat the new technology as an improvement, for goodness’ sake. If we’re been promoted, we’ve often drifted into a job with management responsibilities, taking us away from what we were truly good at in the first place.

Then there’s the menopause. Female and male (yes, the latter is a medical thing).

In my own case, since the dawn of my fiftieth year on the planet, I’ve had my first encounter with the Grim Reaper (a melanoma that was successfully removed) lost both parents, endured empty nest syndrome, and ended up in a managerial post that took me away from what I was truly good at in the first place.

On the other hand, the lawyer buried deep inside me could probably argue equally successfully that your fifties are one of the best decades of your life. You see your youngsters grow up and make a success of their early adulthood. You do lose your parents, but possibly later in life than they lost their own – and with luck, they were around long enough for your kids to remember them, too. You tend on average to be better off, and the possibility of either retiring early, or, as I did, exchanging some of your earning potential for a more rewarding job with less hours, is a real possibility.

Then there’s the increasing feeling of not giving such a fuck about stuff you used to give a fuck about. Or notgivingafuckness, to give it its proper scientific term.

In the mock trial that is everyday life, I would’ve preferred to argue the latter case. I’m a glass half full kind of guy. But then, the other week, the Grim Reaper stretched out his bony finger and gave me a second tap on the shoulder. I caught Covid.

Now, dear reader, I’m overdramatising this for the purposes of making the reality more dramatic than it was. I’m fine now – thanks to the people who worked so incredibly hard to make the vaccination programme happen, my symptoms were no worse really than a nasty flu, with the worst of it being over in four or five days. My sense of smell (and therefore taste) is only gradually returning, and I’m not convinced my lungs are completely clear, but I’m now testing negative and able to go back out into the world.

Still and all, the fact that the daily statistics are there to remind you the disease you’ve just come down with can prove fatal has a way of sharpening one’s mind, as it were, especially in the dead of night when you can’t sleep for coughing.

I’m pretty convinced, by the way, that I caught it on a two-night break in Northumberland, where the English rules of relaxing mask wearing in public places meant that most people weren’t wearing masks most of the time. Just saying, English Government.

Anyhoo. My point is this. I received my second vaccine on 20th May this year. I caught the bug almost exactly 5 months later. I’m a reasonably fit and healthy 59 year old, whose previous last sick day was in 2011, when I was recovering from the wider excision operation on my arm to remove tissue around the melanoma site. In other words, I reckon I had a pretty good immune system to start with.

Going back to my earlier musings about those of us in our fifities, and that point about there being a big demographic lump of us about the same age: in the UK at least, a really quite efficient vaccination programme means that a lot of us were vaccinated about 5 or 6 months ago. Well done, the UK. Except our infection rates are now high – and one reason for that is shown in recent studies, which indicate the effectiveness of the Pfizer and Astra Zeneca jabs decays significantly within 6 months.

After 5 to 6 months, the effectiveness of the Pfizer jab falls from 88% to 74%. The numbers for Astra Zeneca are worse: from 77% to 67%. (Interestingly, my wife got the Pfizer jab and, despite having to live isolated with me throughout my illness, stayed negative for Covid. I had had the AZ jab).

Let’s look at those numbers in a bit more detail. Taken at its highest, if you’re around my age and had the Pfizer jab, your protection rate is now around 75%. Put another way, you stand a 1 in 4 chance of catching Covid if you’re exposed to it. Let me ask you something. If you knew of a lottery where you had a one in four chance of winning, would you buy a ticket? I know I would.

The good news, of course, is, like me, if you do catch it, you’ve a decent chance of the symptoms not being so bad you end up in hospital. I still wouldn’t recommend it, mainly because of the known unknown of Long Covid.

So what exactly is my point? Just to depress you all? Hell, no. I’m mostly back to normal, although a bit more Covid-averse than I was before. Today, I plan to stress test my lungs with a few lengths of the Commonwealth Pool – although maybe not my regular 30. My main point, if I have one, is this: we’re all lab rats in the one gigantic world-wide experiment which is the pandemic. If scientists say a third jab is a good idea, I’d tend to say they know what they’re talking about.

In fact, if I’m to be conspiracy theorist-like about the whole panjandrum at all, the only thing I’d say is that I think the third jab is being marketed as a ‘booster’ to make it sound less necessary than it is, perhaps so the drug companies and governments can save face a bit. But whether I’m right or not about that doesn’t matter. Wear a mask. Get the third jab.

And yes, I say that as a bleeding heart liberal who feels guilty about the fact that the poorer countries of the world have, despite the best efforts of people like Bill Gates, fallen behind in the vaccine race. That’s wrong, and developed countries like mine should be doing all they can to sort that. However, as long as the third jab is on offer around here, I urge you to take it. We’re in the same kind of race this autumn in the UK that we were in the early spring, to get vulnerable groups jabbed faster than the infection is spreading.

Okay. Enough soap box ranting for one post. Get the jab. Wear a mask. Don’t be a dick. Please.