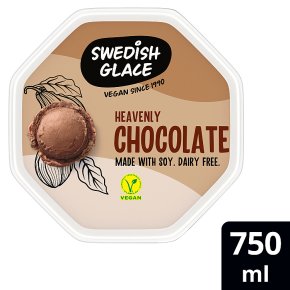 If you don’t appreciate your humour on the scatological side, this isn’t the post for you. If you’ve never been sure what ‘scatological’ means, safer to look it up first…

As some of you will know, I turned 56 recently. I know! Well, I’ve had an easy life, that’s the secret of those boyish good looks. The National Health Service, incidentally, turned 70 this year, which means it’s 14 years older than me, and, of course, that I’ve lived with its benefits all of my life.

14 years. That makes the NHS like a  youngish auntie to me  (I don’t know why I’ve assigned her a female gender, really, apart from the obvious one of all that caring and nurturing being, well, something more commonly associated with the distaff side).

Fortunately, even though I’ve rarely paid my auntie much attention, having visited her as little as possible over the years, she still remembers me, and is there for me when I need her. More, since I turned 50, she’s been sending me some quirky but useful presents on my birthday. Only once every two years, mind, but nevertheless, thoughtful of her. Well, she’s getting on a bit.

Anyone in the Scotland of a certain age will know what I’m talking about: the bowel cancer screening kit you get sent on your 50th birthday, and then every two years until you’re 74 (after that, you need to have enough mental furniture to contact them and ask for another one).

And here’s the good news: auntie’s biennial present just got a whole lot less difficult to use.

The kit used to be a more elaborate affair: you had to collect samples on four different visits  to the loo for a Number 2, apply them, by means of little cardboard sticks, to little windows in the kit (itself a piece of cardboard, a bit like a cut-down advent calendar). In other words, it was kind of like paint by numbers. Except you only had one kind of paint, and it was pretty lumpy.

Let’s be honest here. Doing this test pretty much breaks some of the most fundamental social conditioning we’ve all got, at least in the so-called developed world. From the earliest session of potty training, we’ve all been taught that what comes out of our back botty is the dirtiest thing in the world, which we should never ever touch, except via the medium of toilet paper, and which should be flushed down the china receptacle in our bathrooms (the toilet, obviously, not the other china receptacles) as quickly as possible.

With this test, though, you not only didn’t flush it straight away: you retained it long enough for you to get up close and personal enough to create a little advent calendar out of your poo. On four separate visits to the china shrine. You could, in theory, line the toilet bowl with paper to catch the, er, raw material for this, but frankly I never trusted the paper to keep it clear of the water, which, the leaflet advised, would contaminate the sample. So my method was – and remains – catching it in an ice cream box. A used one, obviously, which I’d eaten the ice cream out of first. It is the most counter-intuitive thing I’ve ever done. Pooing in a box, I mean. The ice cream eating’s pretty much hard wired in.

One reason the test was previously difficult was that thing of the four samples. That meant you had to keep the kit for at least a few days; I kept the advent calendar out in the garage while it was a work in progress. I certainly wasn’t going to re-use the ice cream box, so you needed a supply of them, bagging up each one and disposing of them every time.

However. This year’s present from Auntie was much less of an ordeal. A gizmo shaped like a USB stick opens up to reveal a little plastic dipstick, which, well, you’ve guessed it, you use to dip. Then it’s a simple task to replace it in the rest of the USB stick, screw it up again, and shove it in the reassuringly easy-seal envelope provided. Crucially, you have only to do this once.

Why am I writing a blog about poo? Because, dear reader, there’s a very serious intent to Auntie’s little pressie. The leaflet this year tells you that, if caught and treated in time, bowel cancer has a 90% survival rate. The leaflet doesn’t hit you with the sucker punch that I also read recently: that if it’s not caught in time, that rate drops to 5%.

No brainer, huh? Well, you’d think. But at least one colleague of mine has said she doesn’t take the test because it’s just ‘too disgusting to do.’ So, if you’re over 50 in the UK and feel the same way, here’s a wake up call. Your poo is your friend. The test can detect, in time for treatment, if you have the beginnings of bowel cancer. And it just got a whole lot easier.

Below here, there may be some adverts. Almost definitely not related to the post.