As some of you will know, there’s currently a planning application to develop a part of Leith Walk, viz:

What all that means is that a really good bit of Leith Walk will disappear under some bland, commercial buildings with, no doubt, little in the way of any sort of tie in with the rest of the area. One thing which will disappear is the Leith Depot, a brilliant pub and music venue which should be protected, and probably would be in other cities like, oh, I don’t know, Glasgow?

Unfortunately I’ve left it too late to spend time going over the planning policies and using my knowledge of the planning system to produce some killer policy-based arguments against the proposal. So I’ve gone for the gut feeling instead. By all means use it – or some of it – for your own submission, but the closing date is tomorrow, 28th September.

You can object here.

I urge members of the planning committee to reject this proposal, which will rip out an integral part of what made Leith voted recently one of the funkiest areas in the UK.

My primary connection with this area is as a musician who has played twice at the Leith Depot. Closure of this is another nail in the coffin of the Edinburgh live music scene, and we might as well keep the current exhibition of Scottish Pop and Rock at the Museum of Scotland, ‘Rip It Up,’ as just that – a museum exhibit, because the places for young bands to learn their trade live are fast disappearing.

The suggestion in the application of ‘space for community and live music venue’ should fool nobody – that just won’t happen, because of the basic economics of such a thing being a newbuild.

Planning committee members, please do what you were voted in for and save a bit of this city’s cultural heritage. 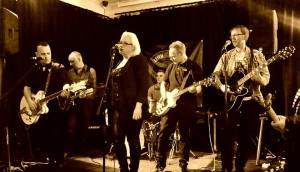