‘April is the cruellest month…’ quoth TS Eliot, kicking off his epic The Wasteland. Fortunately for us, our inspirational English teacher, Donald MacLean, much preferred Philip Larkin, and we were mostly content  to note that Eliot’s name was an anagram of toilets. Although we did do the utterly depressing The Love Song of J Alfred Prufrock.

Larkin was much more accessible: I remember in particular The Whitsun Weddings; although of course, as teenagers, we all sniggered at This Be the Verse : ‘They fuck you up, your Mum and Dad/They may not mean to, but they do…’

Whatever. We had our own poets to discover anyway. And this month’s bag of album releases reminds me of just what a great time it was to be in your late teens and discovering music for the first time. Some at least of the Sixties icons were still around and producing original work; but others, who had surfed in on the snot-filled tsunami of punk, were now riding a new wave and entering their imperial phase.

First up, then, London band Squeeze, who released Cool for Cats on April 9. Featuring 4 UK hit singles, the album minted Chris Difford and Glen Tilbrook’s reputation as songwriters to be reckoned with. Apart from the title track, the standout track was ‘Up the Junction.’

Like Larkin’s ‘Whitsun Weddings’ it referenced London, marriage and the railways: but whilst the poem is narrated by a detached, aloof, slightly patronising observer (‘the fathers with broad belts under their suits/and seamy foreheads…’) albeit one who, in the last stanza, sees the beauty and promise of this train full of newly-weds (if you haven’t read it, you damned well should) the Squeeze song is much more gritty. The lyrics, though, hit you with a sucker punch, as the narrator, the husband, tells you the story of romance, marriage, and fatherhood with a marital breakdown brought about by his drinking becoming ‘a proper stinging.’ 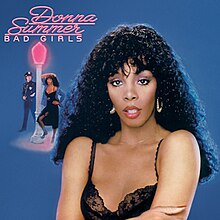 Elsewhere, the month’s releases feature an embarassment of riches: Simple Minds’ debut album, and others by Barry White, Thin Lizzy, Abba, Lou Reed, Emmylou Harris, Ramones, the Rezillos, Jean-Jacques Burnel, Iggy Pop, and Tubeway Army. For my second choice I’m going with Bad Girls, by Donna Summer. Though my heart always lay with guitar bands and people who could write a decent lyric, other parts of the teenage me belonged to the so-called ‘First Lady of Love.’ That voice! Those moans and groans on the earlier ‘Love to Love You Baby’!

Enough already. The story of the album, besides, is quite interesting: 1979 had already seen Summer reportedly become dependent on prescription medication, suffer a mental breakdown, and reconnect with her faith before starting work with her long-time collaborators Giorgio Moroder and Peter Bellotte, in time to release this album in April. The influence of all the punk and heavy metal in the charts reportedly pushed the team towards a rockier sound than previously, although still something you were meant to dance to. Apart from the title track, the stand out was, of course, ‘Hot Stuff,’ which also won Summer a Grammy. By May 3 the album had sold a million copies. 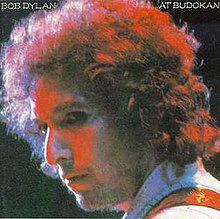 My last choice, amongst all the fine material by the artists listed above, may seem odd: but by later this year, a school pal had bought it, grown bored of it, and given it to me, thereby setting me off on a quasi-religious journey of my own for the next few years. I speak, of course, of His Bobness, and his live album at Budokan. Almost universally panned by the critics, receiving one star from Rolling Stone, a brief internet search reveals it’s sold 350,000 copies, so I’m guessing your man’s having a bit of a laugh on the way to the bank there.

Whatever. It was a greatest hits package, with a good band backing him, and the gateway drug to his classics. Was it poetry? Don’t even go there. Instead, here’s a good version of ‘Up the Junction…’