Random Acts of Americana: A Letter to America

I’ve blogged before about me and country music, so for the benefit only of newcomers to my little ol’ world, short version: used to hate it, now I love it. There.

It’s by no means the only thing I love about the States. However, it’s also fair to say the US of A’s not in a particularly great place right now, particularly as regards the shooting of black people. The other obvious thing to say is they appear to be being run by the absolutely worst kind of muppet they could have picked if they’d put all their names in a ten-gallon hat and drawn one out at random.

But then, there are so many things I do love about America I felt it’s time for us rest of the worlders to be positive about America, and the Americans.

So, in no particular order, here are some things I love about America:

I can honestly say that any Americans I’ve ever spent any time with at all have been a delight to have around. Step forward Halsted Bernard and Darren Layne, a couple of friends (and friends who are a couple) who graced Edinburgh for several years before moving back Stateside. Step forward Neil Scheinin, who regulars of this blog will know as Yeah, Another Blogger, who we finally met up with, along with his lovely wife, Sandy, last year (was that just last year? I blame that damn bug for messing with the space-time continuum).

Finally, my late, great pal Bruce Hunter, who I wrote books with, and who used to regale us down the phone from North Carolina with the best anecdotes and worst jokes you ever heard. Sadly missed.

You might posit the theory (as us snotty Europeans sometimes have been known to do) that it’s only the nice ones that travel abroad, and it’s the non-passport holders amongst them that you really have to watch out for. But that’s not true, either: on our visit to Nashville, we met many, many nice folks, although I didn’t feel it was appropriate at the time to check if they had a passport or not. So the people are lovely.

Okay, so there was that weirdly intense guy who latched onto me on a student trip to Brussels back in the mid-80s. But one bad apple and all that, yeah?

Well of course I’m going to say the music, amn’t I? In my 5th and 6th years at secondary, Bob Dylan’s particularly literate take on the various genres of American music had my attention. Still does.

As a student, Bruce Springsteen spoke to my heart and fuelled my fantasies of escaping this death trap, this suicide rap, with nothing but a motorbike of suitable power and a girl called Wendy strapping her hands across my engines to bear witness to what came next. The fact I didn’t possess a motorbike of any cubic capacity whatsoever nor, indeed, know anyone at the time under 40 called Wendy, didn’t really seem to matter.

Add two other great American songwriters, Debbie Harry and Carole King, and you have a reasonable sample of the kind of stuff I’m talking about. Harry in her heyday of course was one of the most beautiful women on the planet, but leaving looks aside, oh, what a woman! What a performer! That attitude, that street-wise sneer! And, listening back, some of the most perfectly crafted punk pop songs ever committed to tape.

And Carole King: to up sticks from the Brill Building songwriting factory, split from her husband, and take her young family to the other end of the country to reinvent herself in Laurel Canyon took guts; to then produce Tapestry took a pretty special talent.

That Daring To Dream

America is built on immigrant dreams, but when they get there, they don’t stop dreaming. Of course I’m talking Martin Luther King and JFK here: but also just that sheer get-up-and-go-ness that, again, we old-world people sometimes denigrate.

I don’t really know why: what used to be called a can-do attitude is rarely a bad attitude in my experience. And it’s not always about money.

These photos of roadside Americana I’ve been illustrating this blog with? They’re from a collection of them taken between 1969 and 2008 by a guy called John Margolies, and they’re available to download, free, and free to use, from the Library of Congress. Because that’s just what they do – check more out at the Flickr site here. I feel quite a few album covers coming on.

And, in one of those effortless segues this blog has (in my own mind admittedly) become renowned for, that leads me back to my love of Americans – and Americana – of the musical variety. When my band leader, buddy and long time boon companion on the musical highway Mark Allan asked me to learn the guitar part for a Townes Van Zandt song, I didn’t think twice. In fact, I ended up doing the guitar, the slide, and the keyboards for it, backing Mark’s vocals.

‘Tecumseh Valley’ is one of these dark tales that could be set anywhere in the world, but sounds quintessentially American all the same. I’m reasonably pleased with how it turned out. You can check it out here. 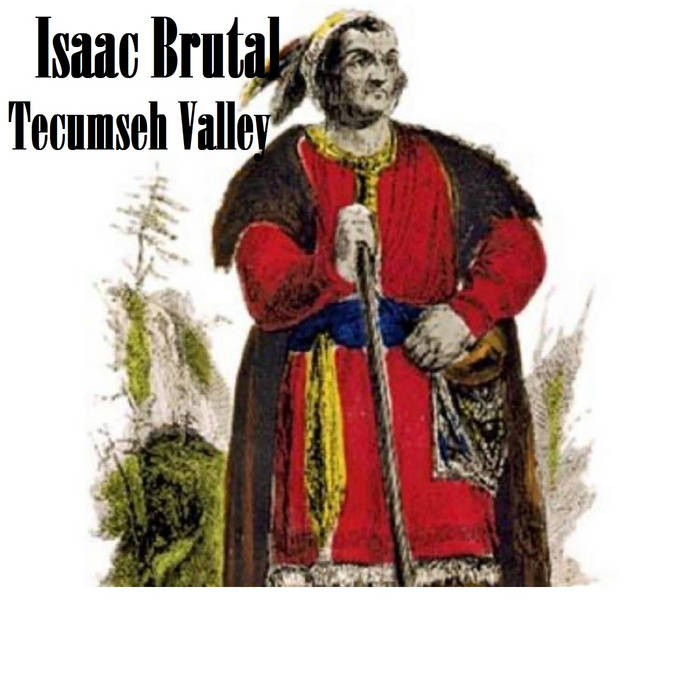 Just as long as they get rid of that muppet come November, eh?