Discovering your inner Plant, and other musical journeys 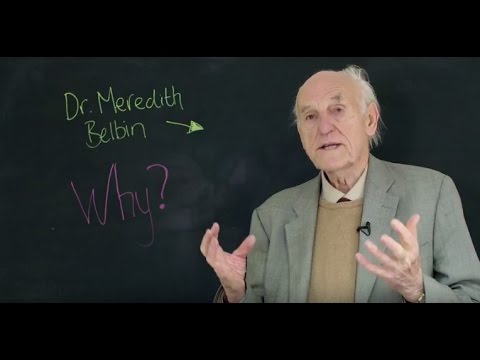 Anyone who, like me, has a day job featuring the pleasures of middle management, or even just belongs to an organisation that had cash to splash on an away day in the last thirty years, will have probably heard of the Belbin Team Roles. Invented by the eponymous management theorist, the general sketch is that we all fit into one (or more usually) of nine moulds in terms of our role within a teamwork environment.

This isn’t the same as a set of personality types: instead, it focuses on what our approach to team work is. Grossly oversimplifying, the best type of team contains a spread of people with different attributes: having a whole bunch of, for example, Monitor Evaluators and nothing else in your team, would generally be a Bad Thing.

The nine roles are set out here, if you’re interested. However, the only reason I’ve brought it up is that the Redoubtable Mrs F was asked to complete a Belbin questionnaire recently; it made me look up the old stuff out of curiosity again; and it reminded me that, to my great disappointment, when I did the test about ten years ago, I wasn’t a Plant.

To be honest, I can’t remember what I was; a mixture of things, I think, with a vague tint of vegetation; but what self-styled writer and musician doesn’t want to fit into the definition of a Plant? ‘Tends to be highly creative and good at solving problems in unconventional ways.’ Nope. Not me. Not in a work context, anyways, it seems.

Well, when working on the latest of the tracks – or reworking it, I should say – for my next solo effort, I’d like to think I was a bit bit more of a Plant than, say, a Co-ordinator (‘Needed to focus on the team’s objectives, draw out team members and delegate work appropriately.’)

In fact, a bit more of a Robert Plant.

Now, this is in no way to compare my vocal talents to the Golden-Maned One, currently drawing plaudits for his new album, Carry Fire. I’m no more him than I’m Jimmy Page on guitar. However, having completed the stripped down version of the track in question back in the autumn, as previously blogged about, I had put it aside to see how it developed. And then, quite recently, as I woke up one weekend morning, a melody came to me that fitted not just over the verse, but the chorus as well.

I tried really hard not to make it a flute part. Honestly. It just seemed too … well, too Led Zeppelin-era, really, what with all the lyrics about the Ninth Legion, an acoustic guitar in double-drop D, all that reverb on the singy bits… but try as I might with other synth voicings, I couldn’t make it work any other way.

So I decided to embrace my inner Plant, and hope you can too.  Imagine you can time travel, and transport yourself back to, oh, let’s say, 1973. In Glenrothes, Fife, the 11 year old me is reading Rosemary Sutcliff’s Eagle of the Ninth. In Fife, it’s probably raining. Meanwhile, in a sunny late summer field in Sussex, a hirsute young rock god is tuning down both E strings, while a willowy girl in a paisley pattern dress is mucking about on a wind instrument. The bearded one finishes his tuning, cocks an ear, and starts to improvise. Overhead, thunder begins to build a static charge around them, like a psychic crucible.

(The other track I’ve put up with it isn’t quite so epic in scale, but I’m reasonably pleased with it. It just happened to reach the same stage of completion around the same time. Usual rules apply – free to download if you like it, but think of giving something to a refugee charity if you do).

Advertising below here is put up by WordPress, not me. Stick it to The Man and ignore it…