Okay, okay. Okay. Okay, right? I’ve been tardy again with this once-a-month series on albums of 40 years ago, and

no one’s tougher on me about it than myself. (Yes, I do have the self-knowledge to realise that no one else really cares…)

Anyhoo. 1979. September/October I would’ve been starting my sixth year at Auchmuty High, that gleaming pillar of learning, with half an eye to the escape promised by the filling in of my University choices. Then, the form you filled in was called an UCCA form; now it’s UCAS. Everything changes, everything evolves. Meantime the redemptive power of rock and roll, in its various formats, continued to soundtrack my every waking moment.

That said, there were slim pickings in September. I was aware of the Slits, and liked their attitude: that’s not to say I ever owned their album, released that month 40 years ago. Much of their story has now been told by Viv Albertine, whose two memoirs have got rave reviews in recent years. Not read them yet, but I probably should. 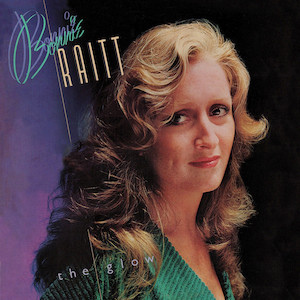 then, but probably wasn’t: with songs from the likes of Jackson Browne and Issac Hayes and David Porter, Bonnie Raitt’s album Glow sounds good on paper. I’ve mainly included it for the fun fact that it was one of the first albums to be recorded and mixed digitally. Yeah, really!

Elsewhere, the Eagles squeezed out a follow up to Hotel California, The Long Run. Knackered after relentless touring on the back of their best known album, internecine squabbling and a personnel roster that might as well have had a revolving door fitted, the band’s original plan to release a double album imploded over the 18 months it took to get this ten-song effort out. To be fair, ‘Heartache Tonight,’ co-written by Henley and Frey with Bob Seger and J D Souther, did win a Grammy.

Speaking of long-anticipated follow ups, October saw the release of Tusk, Fleetwood Mac’s next album after Rumours. Predictably, it failed to measure up. How would it, really? According to one report, recorded in a ‘cocaine blizzard,’ Lindsey Buckingham’s paranoia about being left behind by punk and new wave led to some bizarre sound experiments, including him getting them to sing into microphones taped to the studio floor. Although that was maybe just to get back at Stevie Nicks.

It was a commercial disaster, only selling 4 million copies compared to the 10 million selling Rumours. The title track was quite funky to be fair.

October otherwise brought a far better harvest. One album I definitely did own at one stage was Regatta de Blanc, 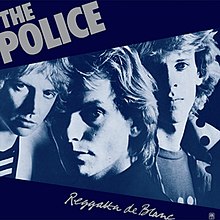 one of the Police’s top-selling albums. It’s long since disappeared from my collection, but at the time, the singles ‘Message in a Bottle,’ and ‘Walking on the Moon,’ as well as other tracks like ‘Bring on the Night,’ and ‘The Bed’s too Big Without You,’ seemed cutting edge. Not many bands cite the Police as an influence these days.

An album that I was to get to later via the medium of my brother was The Fine Art of Surfacing, by the Boomtown Rats. It’s lasted rather better than the Police’s album. If anyone’s in any doubt about the quality of Saint Bob’s ability with a lyric prior to his canonisation, have a listen to ‘Nice N Neat,’ one of my favourite tracks, alongside, of course, ‘I Don’t Like Mondays,’ the hit single from the album.

Actually, looking at the roster of albums released in that month in 1979, it was indeed a season of not-always-so-mellow fruitfulness: Quadrophenia, the soundtrack album by the Who, Days in Europa, the Skids, Rod Stewart’s Greatest Hits, Volume 1, Damn the Torpedoes, Tom Petty and the Heartbreakers, Prince, from, er, Prince, another sef-titled album from the Specials, Abba’s Greatest Hits Vol 2, Donna Summer’s Greatest Hits Volume 1 and 2, to name but a few. Actually, looking at the list on Wikipedia, you could actually compile a collection of the very best in rock, pop and new wave/punk of the era from that single, extraordinary month’s worth. Perhaps not so much the outer reaches and more alternative artists, but certainly, for the best of mainstream music.

Limiting myself to three favourites, then, was always going to be an invidious choice. I have to admit my last selection has as much to do with a remembrance of the effect Debbie Harry had on impressionable teenage boys (and a few girls too, I shouldn’t wonder). The comparisons with Marilyn Monroe were obvious, and in a sense came from Harry herself: but the personas were miles apart. Blondie’s lead singer was smart, sassy, and sarcastic in word, lyric and deed. There was never any doubt she wasn’t just a pretty face.

Eat to the Beat maybe wasn’t quite up there with Parallel Lines: but any album with ‘Atomic’ and ‘Dreaming’ on it is worth a place. The producer, Mike Chapman, described the recording process as ‘a real mess:’

‘The music was good but the group was showing signs of wear and tear. The meetings, the drugs, the partying and the arguments had beaten us all up, and it was hard to have a positive attitude when the project was finally finished. … Was this the record that the public was waiting for, or was it just the waste of seven sick minds? I had never experienced this kind of emotional rollercoaster before, and I have never forgotten the sounds, smells and tastes that came with it. I guess that was what they meant: Eat to the Beat.‘